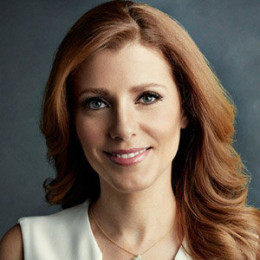 Julia is a daughter of Sharon and Paul Boorstin and the father was the producer of the TV documentaries and the mother was their author. She studied at Princeton University and gradauted with the honours and with B.A in the history. She was also an editor in The Daily Princetonian. Julia Boorstin is the reporter who is currently working for the CNBC. She joined this chanel on May 2006 as a General Assignent reporter. Later that year, Julia became the media and entertainment reporter for the CMBC working for Los Angeles Bureau and covers the media with special focus on intersection of media and technology. Before joining this channel Julia used to work at Fortune Magazine as a business writer as well as a reporter. During her time at Fortune, she was also a contributor to Street Life which is a live market wrap-up segment on the CNN Headline News.

Julia is a married woman. She is married to her husband,Willian Couper Samuelson who is a Hollywood mover and Shaker. They first met during the PG-13 weekend at Sudance Film Festival. Their romance was chronicled in New York Times. They got married in 2007 and are living blissful life. This couple also has a baby boy together. Their beautiful son, Henry who was born on 13th July 2011. They are living happily and there is no rumour about their marriage.