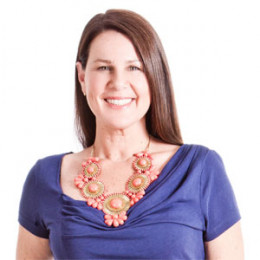 Julia made her debut on the television screen at the age of 17 in 1985 and was featured as contestant o the talent show New Faces. Morris even made her appearance in a British television sitcom Morris Not Going Out and has been featured in an Australian television comedy-drama series House Husbands in the character of Gemma Crabb since 2012.

She has also been featured in several other famous shows like Bonnie Hunt, Just for laugh, Sleuth 101 and others. Morris received a number of nomination for the awards like Logie Award and Popular Comedy Personality.

Morris is married women and has been married to her long-time boyfriend, British Comedian Dan Thomas. They married on 31 December 2005 in private marriage ceremony. The couple has two daughters, Ruby Charlotte and Sophie Rebecca. Prior to this, Morris was pregnant with their child that she lost due to miscarriage on the flight while returning from South Africa to London from performing at the Cape Town Comedy Festival.