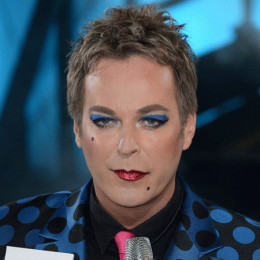 Julian Peter McDonald Clary is a comedian, television personality, radio host and novelist. He is the winner of 2012 Celebrity Big Brother 10. He studied English and drama at Goldsmiths' College, University of London. He was ranked #39 on the Independent on Sunday 2006 Pink List of the most influential gay men and women. He was born to Peter J. Clary, a policeman and Brenda, a probation officer.

Accounting his personal life, he is openly a gay. He once had a boyfriend who died of AIDS in 1990s. His partner's death lead him to terrible anxiety attacks and massive drug use. After that incident, he has never been in a relationship, which makes him single these days. He now lives in Aldington, Kent in a 15th-century manor house, which is said to be haunted.