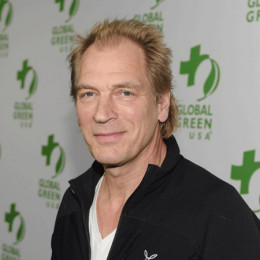 An English actor who is well known for his work in such acclaimed films as A Room with a View, The Killing Fields, Warlock, Arachnophobia, and Vatel. He has also made the guest appearances in the television series such as Smallville and 24. He attended Central School of Speech and Drama in London. He started his career in the acting career from supporting roles in films, including Oxford Blues (1984). Later he got lead role in 1985 romantic film A Room with a View. Since he is fond of running he has been featured in the advertisement of popular shoes company "Nike" & "Brooks".

He is happily married man. He has married twice. He met his first wife who professionally is a journalist in Central School of Speech and Drama in London where they were studying together. Together they were parents of one son. After few years of their marriage relationship they got divorced. Later he remarried with Guinness heiress. Together they are parents of two beautiful daughters.

They met each other while they were studying in same college. Together they were parents of one son. Reason behind their breakup has not been revealed yet.

She is a Guinness heiress. They were introduced to each other through their mutual friend named John Malkovich. Together they are parents of two beautiful daughters.

He is the eldest child from his first wife.

She is the eldest daughter from his second marriage. She is very cute child.

She is the youngest child of the family. She resembles more like her mother.