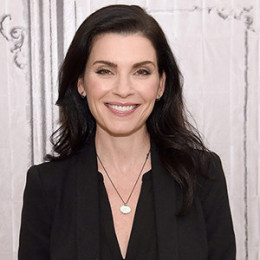 Julianna Margulies, an American producer, and actress, is currently married to Keith Lieberthal, an American lawyer, since 2007. She was born to parents France and Paul Margulies as the youngest child. Her mother was a ballet dancer and her father was a writer, philosopher, and executive of Madison Avenue advertising. Julianna had her debut in film from the movie "Out for Justice" where she plays the role of a prostitute.

Keith Lieberthal is an American lawyer. The couple has a son together. They do not have any signs of separation till now.

Kieran was born on January 17, 2008. There is not much information about him except some pictures.