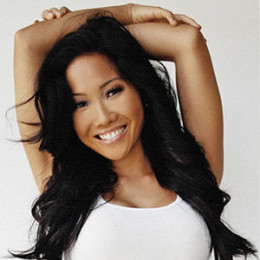 The Entertainment Anchor for Good Day LA & Fox 11 Morning News on KTTV, Julie Chang is currently married to Leif Drak. The couple married on 12th July 2014. Julie has worked as the entertainment anchor for the 5PM/10PM news on FOX 5 WNYW. She graduates from the University of Michigan with a B.A. in economics. She began her career in banking. She has many fans.

Julie Chang is married person but there is no information about her children in social sites. Julie has joined Fox 5 New York on June 16, 2008, and left the job in September 2012. Julie has hosted the "Truly Julie" segment on the CW11 Morning News. She has also featured in the February 2007 issue of high fashion magazine named W. Julie is a feature reporter for CW11 Morning News, a programme named WPIX.

Julie Chang is currently married to Leif Drake. The couple married on 12th July 2014.There is no information about their children in social sites.