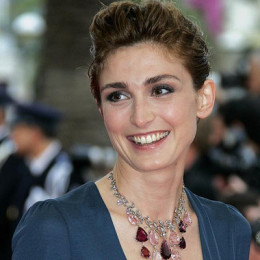 She is a French film actress and a film producer who is best known for her performance in the movies My Best Friend, Select Hotel,etc. She has recieved the 1997 Prix Romy Schneider awards. She was born to father Brice Gayet who was a professor and head of gastric surgery and mother, an antique dealer. She went to Actors Studio and Tania Balachova School. She made her professional debut in 1992 from the French television series Premiers baisers,. She has been active in the industry since 1993.

He is a screenwriter and an author. The two got married after dating for a while. They have two children from this marriage. No information is available on her children. However, the relationship did not go well resulting in divorce.