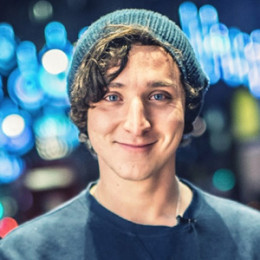 Julius Dein is a London based internet celebrity and magician who has more than 12 million online followers. He is most known for his closeup-magic routines and pranks. He has performed at numerous stages, parties, events and award ceremonies as a magician.

Dein was born on April 23, 1994, in London, England. He belongs to Caucasian ethnicity and holds English nationality.

He attended Jewish Free School and shifted to King’s College to carry out further studies.

The talented internet sensation began performing from his early age. When he enrolled at the Jewish school, he started to perform magic at different parties and school. At London, he further performed at events and started making the social experiment as well as prank videos.

Dein’s first video named How to Kiss a girl with magic trick helped him to gain over half a million views on his Facebook account. In his prank videos, he has proposed to strangers.

In 2015 he was named as Hollywood magician in an article by the Jewish Chronicle because of his appearances at several celebrity events. He was the first digital talent to be signed by the American talent agency UTA in the UK.

In addition to these, Dein’s videos are liked and positively received by the public. His pranks were described as simple but funny by the writer Ryan Barrell. He further noted that Dein was a brave and strong man for pulling off the prank.

Due to his talent, Dein made to the Forbes list of top 10 influencers in 2017.

The promising internet personality is pretty uptight in sharing his personal details to the outer world which includes medias and public. He is a private loving person and loves to keep his personal information secret.

Dein is seen active on different social medias including Instagram and Twitter. He has uploaded several prank videos on his Instagram. Apart from this, he was ranked as one of the highest Snapchat followings in the United Kingdom with more than 450,000 snapchat followers.

Dein, who was listed in the top 10 list of Forbes magazine is living a lavish and stylish lifestyle. His net worth is estimated to be in seven figures.

The skillful personality is 5 feet 7 inch in height and weighs approximately 68kg.