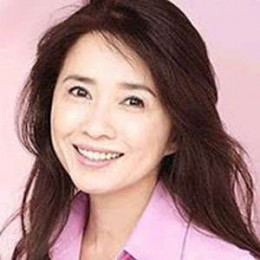 Jun Fubuki is a Japanese prominent actress, best-known for her appearance in Tales from Earthsea (2006), From Up on Poppy Hill (2011), and Pulse (2001). She has appeared on several Kiyoshi Kurosawa’s films such as Pulse, Seance, and Charisma. Jun won the award for best actress at the 24th Hochi Film Award for Coquille and Spellbound. Jun Fubuki received a Japanese Academy Award Best Supporting Actress nomination for her role in Muno no Hito and won the Hochi Film Awards.

Jun Fubuki was married to his longtime boyfriend Shoro Kawazoe in 1981. However, they ended their marriage life in 1992. The couple shares two children. Fubuki's ex-husband was a music producer. According to her public profile, currently, she might possibly single and has not faced any controversy, professionally.

Jun Fubuki married Shoro Kawazoe in 1981 and divorced in 1992 after they welcomed two children. Her ex-husband is a music producer.