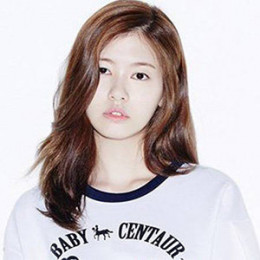 A South Korean actress, Jung So-min has won the 15th KBS Entertainment Awards in a category of Best Couple with Lee Kwang-soo for his work in "The Sound of Your Heart" in 2016. She made her acting debut in 2010 with a supporting role in the television series 'Bad Guy'. Jung left her talent agency Bloom Entertainment in 2013 and joined S.M. Culture & Contents. She has also appeared in 'Came to Me and Became a Star,' on single-episode anthology Drama Special.

Jung So-min has an affair with Yoon Hyun Min, a baseball player-turned-actor. In April 2015, it has confirmed that they have been dating for four months. On 7th March 2015, they appeared in the VIP conference and the after party of the film 'Clown of the Salesman' together. There is a rumor that Jung So-min and Kim Hyun Joong are dating together but it has denied by them.