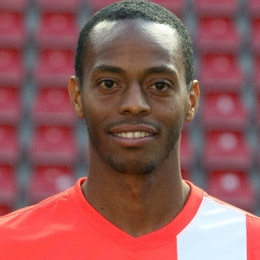 He is a Costa Rican professional football player who is currently playing for German side club 1. FSV Mainz 05 and in the Costa Rica national football team as a defender as well as midfielder at times, wearing jersey number 20. He is known for his pace in the game. He has been the fastest player in 2014 FIFA World Cup. He started his professional career from his local club Herediano in 2003 and been playing in the national team since 2003 as well.

There is no information available on his relationship status. It is not known whether he is married or is in relationship and has a girlfriend or is single. He has maintained privacy regarding his personal life and avoids the public attention. There are no rumors on him related to women or his name has been associated with any woman. He is rumored during the transfer season on his transfer.