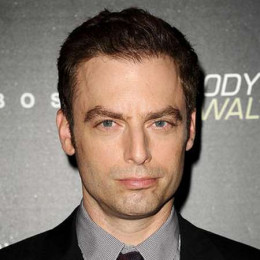 An American stage and film actor who is best known fore his role as Andy Botwin in Showtime's Weeds. He graduated while from Minneapolis, Minnesota and joined Native American reservation. Later he moved to New York to pursue his career. In the start, he played guitar in several New York bands including Dimestore Darlings. His first work in acting career was in Broadway called Any Given Day. He has starred on movies like The Eden Myth, Chapter Zero and Puccini for Beginners. He debuted in TV series through Jack & Jill. He has also made guest appearance in popular TV series like Modern Family and Law & Order: SVU.

Talking about his sexuality, he is not a gay. He has not married yet but he is in relationship with his girlfriend whose identity has not been disclosed by him. The news regarding his engagement was all over the news after he was spotted buying engagement rings with his girlfriend. Prior of being in relationship with her, he was dating an actress who played the role of vampire in Twilight Saga.