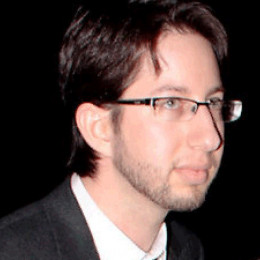 An entrepreneur and investor who is better known as CEO of successful mobile entertainment companies namely JNJ Mobile and JSmart Technologies. His company JSmart Technologies was one popular mobile games company. His companies are Android’s top grossing social applications and also leading mobile platform for HTML5 games and apps. He is also one of the founder and partner of ATX Angel, LLC which is the company that was designed to invest in the companies during their early stage.

Justin Siegel was born on August 25, 1981, in Boca Raton, Florida, He is American and belongs to the White American ethnicity/race. His birth sign is Virgo. Siegel attends the Berklee College of Music. Siegel founded the organization, JNJmobile.

Siegel is reportedly single but previously he was married to actress and singer-songwriter, Emmy Rossum. the duo tied the knot on February 17, 2008, but publicly they presented themselves as in a relationship but unmarried.

In September 2009, he filed a divorce in LA citing some irreconcilable differences which was finalized on December 28, 2010.

Now, Emmy is happily married to writer/director Sam Esmail in 2017.

They married each other secretly. After a year and half of their marriage he filed for divorce. They have no children from their marriage.