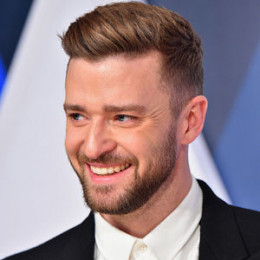 Justin Randall Timberlake is an American singer, songwriter, actor and record producer. He is the son of Lynn (Bomar) Harless and Charles Randall Timberlake, a Baptist church choir director. At the age of 11, Timberlake appeared on the television show Star Search, performing country music songs as "Justin Randall". In 1993 and 1994, he was a cast member in The Mickey Mouse Club, where his castmates included future girlfriend and singer Britney Spears. In 2016, Timberlake was featured in a new version of "Where Is the Love?".

The talented singer and actor has dated many girls the past. And recently he has been married to an actress Jessica Biel. They are even blessed with a son. Similarly, Timberlake and his wife Biel hosted a fundraiser for Democratic presidential candidate Hillary Clinton in Los Angeles in August 2016. The couple are supportive to each other personally and professionally. So this beautiful couple have been able to sustain their relationship till the date.

In January 2007, Timberlake began dating actress Jessica Biel. They became engaged in December 2011, and married on October 19, 2012 at the Borgo Egnazia resort in Fasano, Italy.

The couple welcomed their baby boy in April 2015.