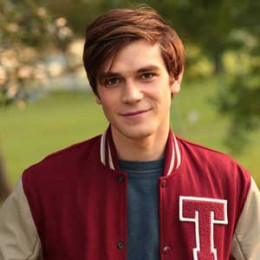 KJ Apa is a young successful New Zealand actor famous for his performance in the New Zealand prime-time soap opera Shortland Street portraying the role of Kane Jenkins. He made his name in the film industry at a very young age.

KJ Apa was originally born as Fitzgerald “KJ” Apa on 17 June 1997. He is the youngest son of Samoan and Matai. His father and grandfather are the high chiefs of their village, Samoan.

He grew up along with his sisters, Arieta and Timena. He is a native of New Zealand and was raised in Samoa, Auckland.

Apa went to King’s College, Auckland for his high school education. He had a keen interest in playing guitar and Piano from an early age.

KJ Apa started his career at the age of 14, recording solo guitar album The Third Room. In 2014, he made his acting debut as Kane Jenkins on the series ‘Shortland Street’.

Later, he got an opportunity to feature in the movies like ‘The Cul De Sac’ and ‘A Dog’s Purpose.'  As of now, he plays in the ‘The CW’s Riverdale’ with the role of Archie Andrews. As a result of his skillful work, he won the Saturn Award for Best Performance by a Younger Actor In TV Series in 2017.

Until now there is no news on KJ being engaged in any relationship. He is enjoying his single life and focused in his profession. Thus, he is still young, and the girls go crazy for him.

The 20-year-old KJ has an estimated net worth of $500 thousand. He is one of the rising stars in the Hollywood industry.