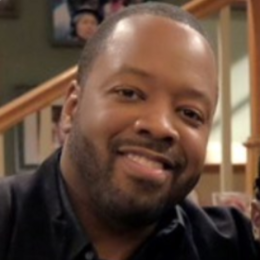 Kadeem Hardison is an American actor and director famous for his role in A Different World, a spin-off of the long-running NBC sitcom The Cosby Show. Moreover, Hardison landed the character of Craig Cooper, the title character's father, in Disney Channel's "K.C. Undercover."

Is Kadeem Hardison Married? Who is His Wife?

Kadeem Hardison is a divorced man who is currently focusing on his career. Kadeem was married to a childhood friend, Chante Moore. Hardison tied the knot with his lady love on November 17, 1997, in a private ceremony.

The couple couldn't last long, and after being married for three years, they separated in 2000. According to online sources, the precise reason behind their separation was Kadeem's love affair with another lady, Cree Summers. The duo had two children together, a daughter, Sophia Hardison, who was born before marriage.

Chante Moore is a Grammy-nominated singer, songwriter, television personality, actress, and author who has established herself as an R & B singer. Chante earned media attention for her songs Chante Got a Man, It's Alright, A Love Supreme, and Love's Taken Over. 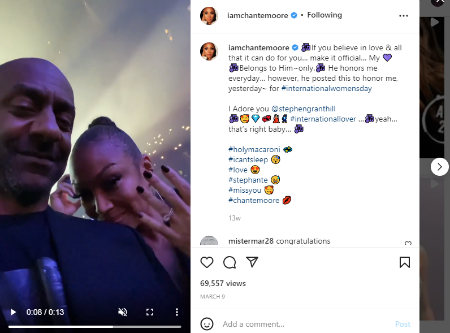 Chante was then married to Kenny Lattimore in Jamaica in the year 2002. She has a son, Kenny Lattimore. The couple got divorced in 2011 after living together for nine years. She is currently single.

He also admits to crushing on Jasmine Guy back in the day. As of June 2022, Kadeem Hardison is, as of now, single and not dating anyone.

Sophia Milan Hardison is an only child and the daughter of Kadeem Hardison and Chante Moore. An American celebrity child was born on September 27, 1996, in New York City, New York. She holds American citizenship and is of African American ethnicity.

Sophia's grandparents are Bethann Hardison, Virginia Moore, Larry Moore, and Donald McFadden. Both parents have co-parented her. She is currently pursuing her education. Sofia is available on Instagram under the username @sopha.doll and has 6383 followers.

According to various online outlets, actor Kadeem Hardison holds a considerable net worth of $2 million. He earned his popularity and net worth as a part of the entertainment industry, appearing in various television and film roles.

Hardison also earns a good amount of money from endorsement deals. His net worth is unknown due to his appearances in various brand supports. He owns a house.

Kadeem Hardison started his acting career at 16 with an episode of "ABC Afterschool Specials" in 1981. His mother managed his career, and since then, his career has started to blossom. He got a chance to work on the sitcom "A Different World," where he played the role of Dwayne Wayne.

His fashion sense and famous eyewear made his character one of the most instantly recognizable. After a year, he appeared as Edge in "School Daxe," a melodic comedy-drama flick about almost society individuals clashing with other children at a historically dark college.

Check out the clip of Kadeem Hardison in an interview with his co-stars!

In the same year, he was featured as Willie in the action-comedy "I'm Gonna Git You Sucka" with Keenen Ivory Wayans, Issac Haye, Bernie Casey, and Antonio Fargas. Kadeem played the role of Charles Gordon in the sitcom "Between Brothers," which rotated around four African American men living in Chicago in 1997.

In 2000, he joined the repeating cast of "Static Shock" as Adam Evans and played until 2004. He also did the movies "30 Years to Life", "Showtime," "Biker Boyz," "White Men Can't Jump," "Vampire in Brooklyn," and "Def by Temptation." He starred as Craig Cooper in "K.C. Undercover" and the horror-comedy "B.C. Butcher." He played the role of Spencer in the comedy series "Black Monday" in 2019.

He appeared in the first season of the Showtime comedy "Black Monday" and started as Bowser in the Netflix series "Teenage Bounty Hunters." He was nominated for an NAACP Picture Grant for Best Performance by an Actor in a Comedy Series for "A Different World" in 1989.

Kadeem Hardison was a single child. Donald McFadden, an antique and fine art collector, and Bethann Hardison, a renowned African-American runway model and advocate for diverse qualities in the fashion industry, are his parents.

Kadeem Hardison was married to Chante Moore for three years. They exchanged vows in 1997 and parted separate ways in 2000 citing personal issues.

Sophia Hardison was born in September 1996 as the only child of her parents Chante Moore and Kadeem Hardison. Sophia is 25 years old.