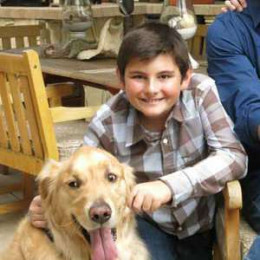 Kai Harper Steines is the son of actor and journalist Mark Anthony Steines and actress and singer Eva Leanza Cornett . His father, Steines a three-time Emmy winner, has established himself as one of the most trusted and charismatic figures in entertainment news. Kai's mother Was the first actress to play a live-action "Ariel" in the Disney-MGM's "Little Mermaid" stage show at Walt Disney World Resort in 1991.

Kai's mother is also news correspondent and miss America 1993. When he was thirteen years old his parents working on their divorce proceedings their seventeen years marriage. Kai’s parents got the divorce in 2013 and they have expressed concerned over privacy and upcoming child custody negotiations. Kai Harper Steines is now fourteen years old and he has not linked with any girls. He has one younger brother.