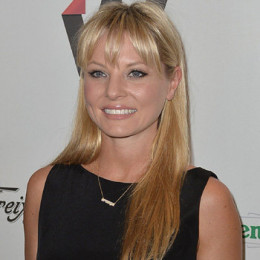 She is an American actress who is better known for her role as Rhonda Lyon on the musical soap opera Empire. She is daughter to Frank Doubleday and Christina Hart. Since both of her parents were professional actors including her younger sister, Portia shew as inspired to be an actress from very young age. In 2002 she made her first television debut in CBS procedural Without a Trace. In same year she got role in movie named Catch Me If You Can. She has made guest appearance in various other TV soap operas Brothers & Sisters, Bones, The Closer, CSI: Miami and Criminal Minds.

Talking about her personal life she isn't married yet but she is already engaged to her longtime sweetheart.Their engagement ceremony took place in Paris. If couple maintained their relationship like present they will surely get married one day. Before she was engaged with him she was in relationship with an American actor. After dating for two years couple broke up. She has not been biological mother yet.