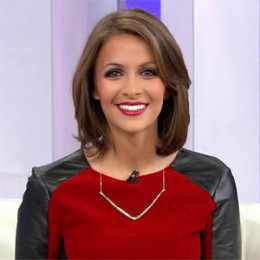 American journalist, Kaitlin Monte attended Clarkson University's Clarkson School followed by the University of Tampa. She was chosen Anti-Bullying through Leadership as her personal platform, providing comprehensive advocacy ranging from in-school presentations to legislative efforts. Monte competed in the 2012 Miss America competition, representing her home state, New York in 2011, finishing 2nd runner-up. In 2015, Monte was appointed to the Board of Trustees for Clarkson University.

Emmy-nominated television personality ‘Kaitlin Monte’ was born on February 7, 1989. Because of her charming personality and strong attitude she has succeeded to become the 2nd runner up of ‘Miss America’ conducted in 2012.

Kaitlin Monte attended ‘Pittsford Mendon High School’ till the age of 16. She completed her graduation from ‘Clarkson University’ followed by ‘University of Tampa’.

In 2009, she became a performer for the ‘United Services Organization’ which provides entertainment through musical performance to American military families. In 2010, Monte earned her membership to ‘Actors Equity Association’ as she was interested in musical theater.

Kaitlin Monte began her television experience in 2012 at ‘Today in New York’. Later she became the host on ‘Sports Net New York’ for ‘Mets Insider’.

In June 2014 she joined the WPIX as morning traffic reporter where she reported from 5am-9am. She also hosts the show celebrity tastemakers ‘The Sip’. Monte worked in WPIX from 2014 to 2016 and during that period she got nominated for a 2015 Emmy Award.

After leaving the WPIX, in July 2016 Kaitlin Monte joined KRIV as a general assignment reporter as a fill-in anchor.

In 2012, Kaitlin Monte became the 2nd runner up of Miss America as well as she was awarded state and national lifestyle and fitness scholarship. Monte chooses ‘Anti-Bullying through leadership’ for her personal platform as she grew up with her three siblings who need special need.

The 28 years old beauty is a married woman. She exchanged a vow with her long-term boyfriend Chris Fohlin. Kaitlin Monte is a proud mother of two children.

Back on two feet. Tiny human 1 still adjusting to someone else in my arms. #momlife #sundaybest #maternityleave

She is one of those reporters who achieved a lot in her short period of career and her net worth of $2 million. Currently, she works at Fox 26 News at 5 & 9 and earns $70,505 per annum.

Stay tuned to Marriedwiki for interesting Gossips and Biographies!!!

Kaitlin Monte has been married to Chris Fohlin since 2016. The couple is believed to welcome a child soon.