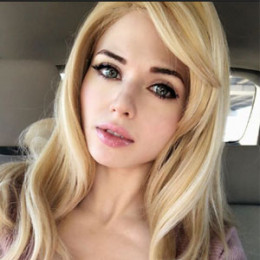 Kaitlyn Siragusa whose alias name is Amouranth is an American cosplayer and Twitch streamer who is amongst the popular internet personality we have. She is a costume designer as well and began designing in 2010. She was discovered by the Houston Grand Opera and Houston Ballet.

Is Influencer Kaitlyn Siragusa in a Relationship?

A controversial but renowned model, Kaitlyn Siragusa aka Amauranth's marital relationship is still an unsolved mystery. However, she was once rumored of dating a guy named Matt Barr in the past few years.

The famous cosplayer Kaitlyn Siragusa is said to be married to a man named Nick Lee but she has never talked about her love life in the public. Amaouranth allegedly dated him in 2014-2015 after they met online.

After rumors about her marriage started surfacing in the media people were furious and quoted her as fake. Though the internet sensation didn't want to reveal her marriage, her private message to Twitch representative was out in the media and it made all the buzz.

Instagram influencer, Kaitlyn Siragusa likes to keep her personal life away from the media and doesn't share much about her relationship affairs to the public. However, she was once rumored to be dating Matt Barr.

How Much Is Kaitlyn Siragusa's Net Worth?

Kaitlyn Siragusa's net worth is not estimated and is still under review. Her main source of earning is from her career as a cosplayer and YouTuber. Besides, she is a costume designer who earns some money from her designs.

Kaitlyn Siragusa is professionally a cosplayer and Twitch streamer who goes by the alias name Amouranth. On the Twitch platform, she has 851.9k followers and 168k subscribers on YouTube.

She made a secondary channel on YouTube titled Amouranth ASMR which she made a year earlier and it has around 120k subscribers.

She is an internet personality who works as a costume designer and model as well. Siragusa began designing costumes in 2010 and her designs were appreciated by the company Houston Ballet and Houston Grand Opera.

She attended the TwtichCon in 2016 among other cosplayers like Jessica Nigri, Misa Chiang, Kat Gun. Yaya Han is her idol.

Furthermore, she launched a character company known as A Charmed Affair which is both a full and part-time wedding and event consultation firm. The company manages events like wedding, engagement, and Honeymoon as well.

Kaitlyn Siragusa was cast in an American reality Televisions series called The Little Couple where the life of a couple having skeletal dysplasia is shown.

Kaitlyn Siragusa was born under the birth sign Sagittarius on December 2, 1993, in the United States. 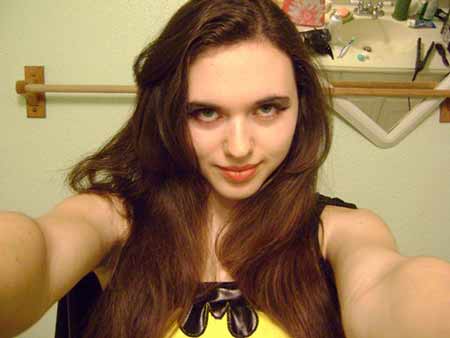 The famous cosplayer Kaitlyn Siragusa is said to be married to a man named Nick Lee but she has never talked about her married life with the public.