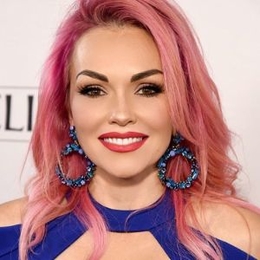 Bio: Kandee Johnson (b. July 9, 1978) is a YouTube influencer as a beauty/makeup artist known for associating with stars like Miley Cyrus and Kim Kardashian. She is currently dating boyfriend Ian Ford and has four children from her former two marriages. She was married at 17 and had her first child at 18. She got married again and had three more kids only to separate again & get engaged to Michael Castro.

Is Kandee Johnson Dating Anyone? What Is Her Relationship Status?

The Youtube influencer Kandee Johnson is currently dating a handsome guy named Ian Ford. Her beau is extremely fond of cars observing his Instagram profile. On the March 29 IG post, Ford has mentioned that precisely seven months earlier, they had their first kiss. Also, he wrote that he wanted to be with her for the next seven months, seven years, and seven lifetimes. So, it can be said; the love birds started dating at least since September 29, 2019. 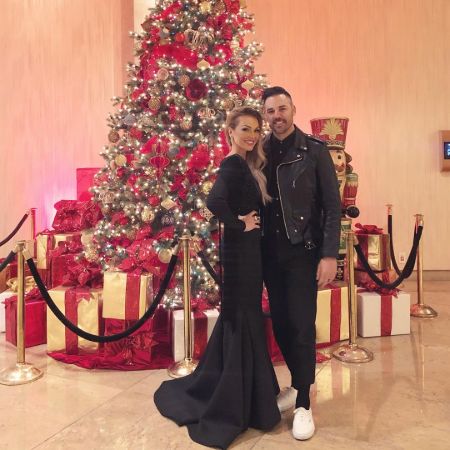 The lovely couple often shares pictures and videos from different events and places. Moreover, they never hesitate to show their love in front of the public. We hope that the pair to remain together forever and soon exchange their wedding vows. However, it is not the first time; she fell in love with someone. 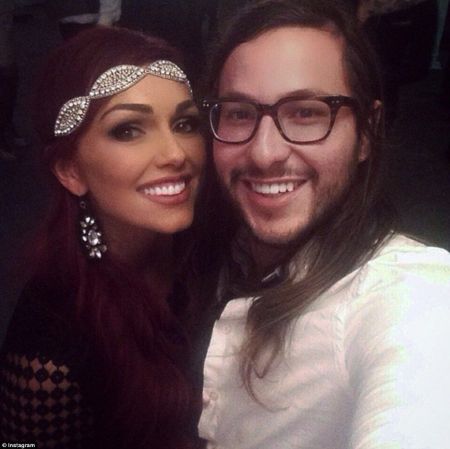 Previously, the makeup artist was engaged to her longtime boyfriend, Michael Castro, on September 13, 2015. However, both Kandee and Michael have not disclosed the reason behind their split. Now, the former couple is committed to different individuals. Believe it or not, Johnson was married twice and is the mother of four kids before she exchanged rings with Castro.

The 41-year-old has previously tied the knots with two different men and bore four kids. Coming back to her teenage years, she was married to her first husband at the age of 17. When she was 18 years old, Johnson gave birth to her first child, a son named Jordan Sannicks. 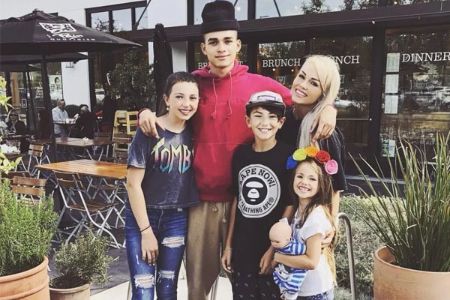 Youtuber Kandee Johnson along with her kids.
SOURCE: eCelebrityMirror

Unfortunately, Kandee's first partner was reported verbally abusive. So, she filed for divorce with her unknown husband and later raised her son on her own. Besides, Jordan's mother again shared the wedding vows with her second husband. However, the names and details about both of her husbands are under wraps. During her second matrimony, she welcomed three kids, including two daughters and a son: Alani Johnson, Ellie Johnson, and Blake Johnson. But, her second marriage also didn't last long, and she separated from her ex-partner.

Things got complicated for Kandee because she was a single mother of her four children: Jordan, Alani, Blake, and Ellie Johnson. Without the financial or emotional support, she had to raise them. Subsequently, she met her ex-fiance, Michael Castro.

The mother-of-four began her career as a makeup artist on VH1's show I Love the '80s, following her graduation. Later, she started blogging on fashion, style, and beauty. Fortunately, she rose her fame through her blogs, as most readers favored it. Likewise, her blogs featured in some magazines such as ELLE, Glamour, Self, Cosmopolitan, etc.

Talking about her TV appearance, Kandee landed acting roles on television shows like E Fablife, Good Morning America, and the Lifetime series Glam Masters in 2018. Apart from this, she appeared as a judge in How Do I Look, a Style Channel show. Furthermore, Kandee Johnson created her self-titled Youtube channel on January 4, 2009, through which she gained immense fame with her creative beauty tips.

Ian Ford's beau has an estimated net worth of $3.5 million as of 2020. She made the massive fortune by her makeup creation, Youtube, TV appearance, and social media as well. So far, her Youtube channel is subscribed by 3.84 million people with 632 videos altogether. Apart from this, the 41-year-old is quite active on the social media platform Instagram, in which she has 1.8 million followers as of May 2020. There is no doubt; she is living a luxurious life with her kids.

Stay in touch with marriedwiki.com for more new Wikis, Stories, and News.

Unknown is the first husband of Kandee Johnson. Together with him, she bore her first son Jordan Sannicks. It was reported that he was abusive.

Unknown is the second husband of Kandee Johnson. Together with him, she gave birth to a son and two daughters.

Jordan Sannicks is the first child of Kandee with her first husband. He looks tall and handsome on pictures.

Alani Johnson is the second child of Kandee Johnson with her second husband. She looks like a teenage girl.

Blake Johnson is the third child of Kandee Johnson and a second child with her second husband. He is a young boy.

Ellie Johnson is the youngest daughter of Kandee Johnson with her second partner. She is a young girl.