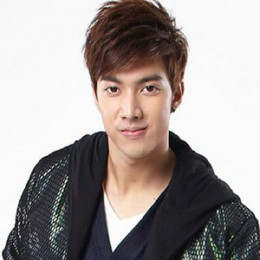 Famous Thai singer and actor, Kang Vorakorn is well-recognized for his breakthrough performance on the popular GMM25 shows U Prince Series and Secret Love Series. Before starting his acting career, he was a member of the local boy group, X.I.S. He is highly prevalent among Asian audiences and has a massive fan following of more than 800 thousand followers on Instagram.

Kang Vorakorn was born as Sirisorn Vorakorn on Oct 30, 1994, in Bangkok, Thailand. He holds Thai nationality and belongs to the Asian ethnicity. His zodiac sign is Scorpio.

He graduated in 2017 from Chulalongkorn University in communications.

Vorakorn began his acting career in 2015 as the lead in the movie, Torfun Kub Mawin where he portrayed the character of Marvin Wattanasiritham. He delivered an outstanding performance in his debut movie which helped him to establish in the Thai industry.

In 2016, he appeared in the U Prince series: The Lovely Geologist as a  supporting character but later in its second season, U-Prince The Series: The Gentle Vet he got he was a lead. The series was a huge hit, and it grabbed international attention.

The same year, he was offered with the Senior Secret Love series in a lead role and he was the part of its all four season. In 2018, his upcoming series named Kahon Maha Ratuek will release where he portrays the supporting role.

Kang Vorakorn, 22, is possibly single at the moment. He has just begun his acting career in Thai industry, and that might be the reason he wants to focus towards his career building rather than being involved in a relationship.

He is one of those actors who prefer to keep their personal life away from the limelight of media. He never talked much about his relationship status.

Vorakorn might have earned a genuine amount from is acting in different series, but due to his secretive nature, the actual figure hasn't been revealed yet. However, his net worth is assumed to be in a million dollar.