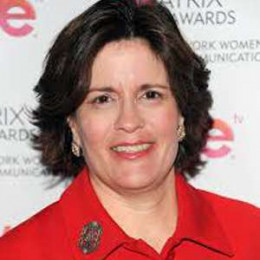 Kara Swisher is an American technology columnist, a commentator on the Internet and an author. She started covering digital issues for The Wall Street Journal in 2003 and prior to this she had worked for The Washington Post. Her column 'BoomTown' appeared on the front page of 'The Wall Street Journal' on the Marketplace section and online at WSJ.com. Swisher and Walt Mossberg co-founded, created and produced "D: All Things Digital," a major high-tech conference which conducts an interview with top technology leaders such as Bill Gates and Steve Jobs. Later, "All Things Digital" was extended to online, where Kara and Walt were co-executive editors from 2007 until the end of 2013.

Kara Swisher was married to Google executive, Megan Smith. They have two sons named Alex and Louie. The couple stayed as husband and wife for more than 13 years. Smith used to be on morning duty, making breakfast and driving his children to school; Swisher used to take the after school through dinner shift. However, Swisher and Smith are currently separated due to private issues and the reason is never disclosed to the media.

Swisher was married to Google executive Megan Smith and together they have two children. They are currently separated.