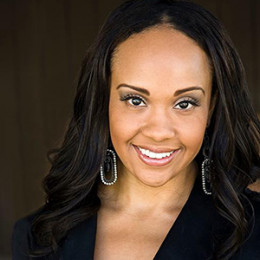 Karan Ashley was born in Odessa, Texas and is of African ethnicity. She later moved to Dallas with her family and was raised there. Karan went to David W. Carter High School for her high school studies and got into acting after working in several national commercials for companies including Southwest Airlines, TGI Fridays, Chevrolet, and AT&T. She started mainstream acting after getting through the audition for Yellow Power Rangers show as Aisha.

Before turning into an actress, Karan Ashley was involved in music during her childhood as she was a singer in the girl's group KRUSH as a child. They had also released their first single "Let's Get Together" on the soundtrack of Mo Money. After getting into Power Ranger's show, Karan got the chance to star in the Power Ranger's movie. Her other well-known works in TV shows and movies include Hangin' with Mr. Cooper, The Steve Harvey Show, The Parkers, Chat Room, The Opposite Sex, Wicked Weekend, Jazz Scene, One on One, Kenan & Kel, and, Taylor's Wall. She is married to Kimani Ballard but there is no information about her children.

Karan married Kimani who was also a team member of the Yellow Rangers series. There is not much information disclosed.