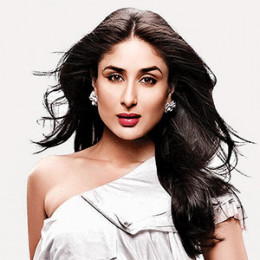 Kareena Kapoor Khan is the younger daughter of actor, Randhir Kapoor and actress, Babita Kapoor.She is the youngerr sister of Karisma Kapoor, an actress.Kareena graduated from Welham, as well as she studied commerce for two years at Mithibai College in Vile Parle (Mumbai).

Kareena Kapoor married Saif Ali Khan, an Indian film actor since 16th October 2012.The couple married in a private ceremony in Bandra, Mumbai, and a reception has held at 'The Taj Mahal Palace Hotel'. The couple has a son named Taimur Ali Khan Pataudi who was born on 20th December 2016.Kareena dated Shahid Kapoor, an actor from 2004 and broke up in 2007.

Kareena Kapoor married an Indian film actor and producer, Saif Ali Khan since 16th October 2012. The couple are blessed with one son.

The couple has a son named Taimur Ali Khan Pataudi was born on 20th December 2016.