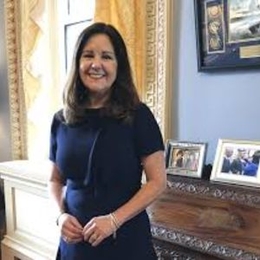 Karen Pence relishes a romantic relationship with current U.S. Vice President Mike Pence whom she met while playing guitar at mass at St. Thomas Aquinas Church. The couple's wedding was held at a Catholic Church in Indianapolis in 1985. 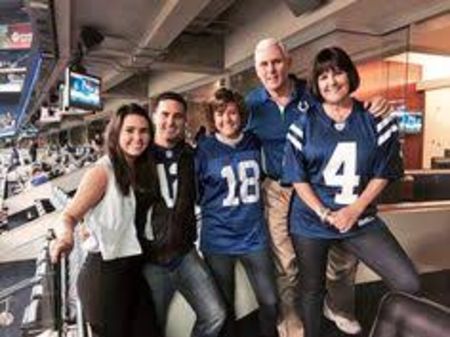 Karen and Mike are blessed with three children namely Michael, Charlotte, and Audrey Pence. In addition, the mother of three spent half of her life in Indiana, though the entire family shifted to Washington D.C. for twelve years.

Karen Pence met her first husband in high school. She and her beau John  Steven Whitaker walked down the aisle on April 4, 1978, in Brewster County Texas. After living together as husband-wife for years, the lovebirds announced their divorce.

How Much Is Karen Pence's Net Worth?

Karen Pence is a proud mother, educator, and award-winning watercolor artist who generates big bucks from her job. She has a net worth of $5 million. She struggles to bring attention to art therapy and to sacrifices made by military service members and their families. Similarly, her husband Mike Pence also makes millions from State and Government Pensions.

The aim of that foundation was to encourage and support youth and families of Indiana. The organization's board awarded over $600,000 in grants to charities in three years. Furthermore, as the second lady of the United States, Karen committed to raising awareness and educating the people about the mental health profession of art therapy around the world.

Karen Sue Pence Batten formerly Whitaker was born on January 1, 1957, in McConnell Air Force Base, Kansas, United States. She is the daughter of Lillian Hacker and John M. Batten a U.S. Airlines official.

Pence had troublesome childhood as her parents divorced while she was young. Her mother moved on with Bernard Barcaio in 1967. She was raised in the Broad Ripple Village neighborhood of Indianapolis.

Walking into education, she graduated as a valedictorian from Bishop Chatard High School. Prior to that, She attended Butler University where she obtained a Master of Science in elementary education from Butler University.

Karen Pence and Mike Pence are happily married for 34 years. Mike is the second husband to the second lady of the United States. The couple shares three children.

Karen Pence married her high school boyfriend John Steven Whitaker in the 1970s. He is the first husband to Karen Pence.

Michael Pence is the elder child to Karen Pence and husband Mike Pence. Michael has two siblings Charlotte and Audrey.

Charlotte Pence is the second child to Karen Pence and husband Mike Pence. She has two siblings Michael and Audrey.

Audrey Pence is the second child to Karen Pence and husband Mike Pence. She has two siblings Michael and Charlotte.