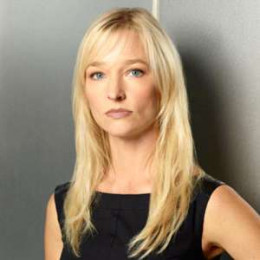 Kari Matchett is a Canadian actress, best known for playing Joan Campbell on "Covert Affairs" and Kate Filmore in the cult favorite sci-fi movie "Cube 2: Hypercube". She has made an appearance on various films, including Cypher (2002), Civic Duty (2006), The Tree of Life (2011), and Maudie (2016). Born and raised in Spalding, Saskatchewan, Matchett srudied acting at National Theater School in Montreal and Moscow Theate School.

Kari Matchett was once married to her longtime partner T. W. Peacocke in 1998. But the couple's marriage was short-lived and ended with a divorce in 2006. Matchett gave birth to a child named Lyon Matchett from her boyfriend David Lyons. However, Kari and David are not yet married they live together as girlfriend and boyfriend.

T.W. Peacocke is Canadian television and film director, who was mrried to Matchett in 1998. They brokeup in 2006, due to some private matter.

Lyon Matchett was born to Kari and James in 2013. The child's parents are not yet married.