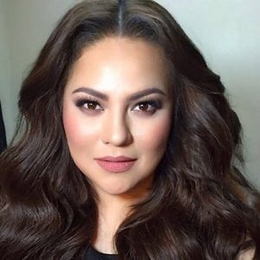 A Filipina actress, as well as a singer, Karla Estrada, is famous for her roles in Sine Novela: Ina, Kasusuklaman Ba Kita? as Cora Evangelista. Since 2016, she portrays the role of Carlita Delyon on Funny Ka, Pare Ko. In addition, she is also the regular host of Magandang Buhay since 2016.

Is She Single Or Dating Her Boyfriend?

Karla Estrada never keeps her love life behind the curtains. She is open and does not hesitate to talk about her relationship in public. When Estrada was asked about her boyfriend on interviews, she always admitted that she is dating her lover for long. 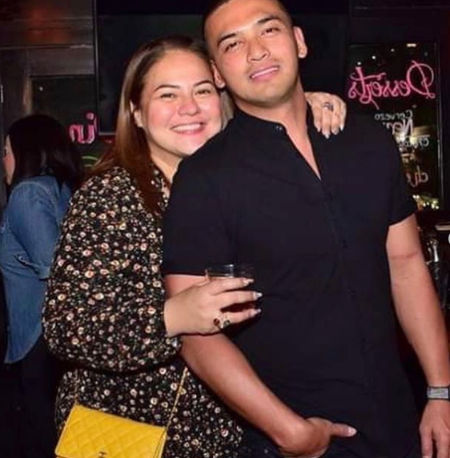 Karla Estrada was surprised by her boyfriend Jam Ignacio on her birthday SOURCE: Instagram (@karlaestrada1121)

According to her, she is in a healthy relationship with her sweetheart for over seven years. Once, Habang May Buhay cast revealed that she is in a long-distance relationship as her partner lives in Colorado, California because of his new business there.

Further, the actress said that she is being careful with her lover as he is always far away from her. Similarly, Karla admitted that her children also know about her relationship and they are happy with it. 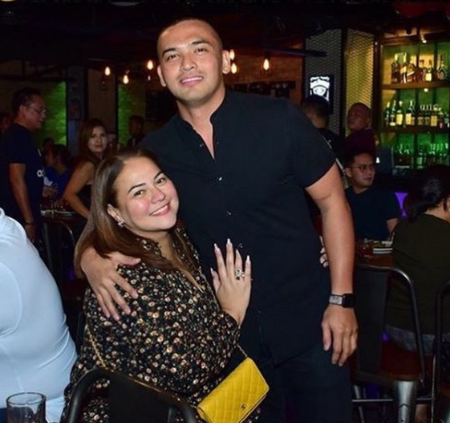 On the other hand, Estrada also once said that she wants to keep the details of her love life a secret. Nevertheless, because of her frank nature, Kailangan Ko'y Ikaw star couldn't hide her lover's identity anymore and revealed it via Instagram on her birthday.

Her boyfriend's name is Jam Ignacio. On her birthday, she got a surprise from her lover. on 23rd November 2019, the actress revealed the identity of her partner by sharing a lovely photo on her Instagram. She captioned;

"Cheers for more Birthday Surprioses!!! i love it and so i love you!!! Thanks Love, @jamignacio and thanks everyone for comming. #1121 #bestactorgoesto" 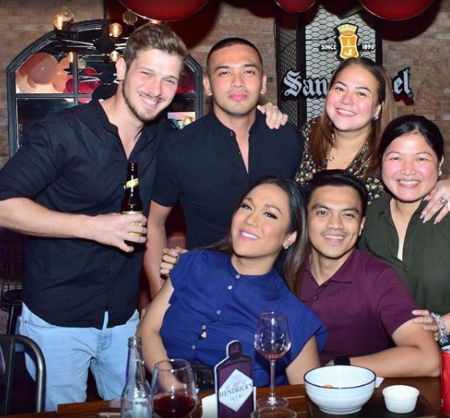 In addition, in other posts, she further shared photos with him as well as her kids and friends. Thus, seeing the pictures, it is sure, the couple is happy to be the part of each other's life.

Past Relationships And Children

Karla Estrada's love life is quite complicated as she has faced several heartbreaks. She dated an actor Rommel Padilla during her teenage. At the age of 20, she became the mother. On April 26, 1995, Karla gave birth to their son Daniel Padilla. 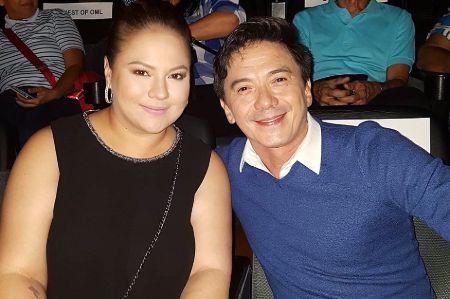 Unfortunately, Estrada and Rommel parted their ways before getting hitched. She then began dating Naldy Padilla, who is the cousin of her former lover, Rommel Padilla. They have a son, Jose Carlito born on September 12, 1996. 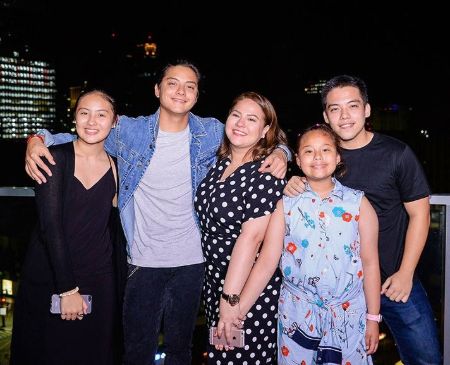 Just like her first relationship, her second affair also did not last long. Even two failed relationships did not stop Estrada from falling for a new guy. Well, she hooked up with Mike Planas, a Quezon City councilor. They also had a daughter Margaret Ford Planas from their relationship.

Sadly, her third affair also failed. The singer began to have a romance with a new guy, but she is yet to reveal his identity. She also has a daughter Carmella Ford from her fourth relationship.

Karla Estrada makes a fruitful income from her prolific career as an actress. She is active in the entertainment industry for over three decades. Estrada portrayed in the 2015 film Beauty and the Bestie, which earned $10.5 million on the box office.

Furthermore, his 2012 movie This Guy's in Love with U Mare! earned $4.9 million worldwide. She appeared alongside Toni Gonzaga, Sam Milby, and others. Besides movies, she also portrayed in a number of hit TV series.

Moreover, Estrada also hosts a show Magandang Buhay since 2016. Apart from acting, she also makes an additional income from singing. Karla probably holds a net worth in a few millions.

Daniel Padilla is the first son of Karla Estrada and her boyfriend, Rommel Padilla.

Jose Carlito is the second child, son of and actress Karla Estrada and her second boyfriend, Naldy Padilla.

Margaret Ford Planas is the daughter of an actress Karla Estrada and her ex-lover Mike Planas.

Carmella Ford is the fourth child of an actress and singer Karla Estrada but the identity of her father is unknown.