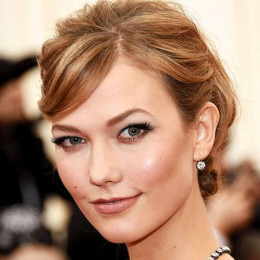 Karlie Elizabeth Kloss is a professional model, best known as Victoria's Secret Angel. She has been named one of the top 30 models of the 2000s, by Vogue Paris. Her mother is Tracy, a freelance art director and father is Kurt Kloss, an emergency physician. She studied at Webster Groves High School. She appeared on the cover and editorial page of Scene Magazine at the age of 14.

Moving on to her personal life, she hasn't been married to anyone yet and claims herself of being too young to get married. As she is such a beautiful and graceful lady, she might have dated a long list of men, but there is no such detailed information about her relationships. These days she is dating a dashing guy with whom she is spotted quite often. There are lots of rumors going on about her sexuality of being a gay.