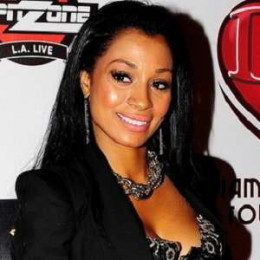 Karlie Redd is a hip hop artist, actress, and television personality. She grew up with her West Indian family and started her entertainment career at an early age. At the age of twelve, Karlie worked to on her skills studying voice, music, and dance at the Harlem school of Arts. She first worked in acting and modeling at the age of sixteen. Karlie has appeared in forty movies, several commercials and has worked as a model.

Karlie Redd started her musical career working with producers as Commissioner Gordon, Michaelangelo Saulsberry. Karlie currently completed filming of "Finally Famous" directed by Chris Rock Film. She has also worked in the main role for "30Days in Atlanta" alongside Vivica A.Fox and Lynn Whitfield. Karlie was previously in relationship with Benzino and has a daughter.

Jasmine was revealed as a daughter of Karlie a long time after her birth. There is not much information about her.