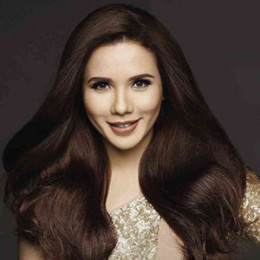 A Filipino singer, songwriter, theater performer, and television host, Karylle, is currently married to Yael Yuzon, a Filipino musician, vocalist, and a guitarist. She was born to singer-actress Zsazsa Padilla and Dr. Modesto Tatlonghari as Ana Karylle Padilla Tatlonghari. At the age of six, her parents separated. Karylle graduated from the Ateneo de Manila University with a degree in Communication Technology Management.

Karylle released her first album, “Time To Shine” in 2001. She  wrote the songs “Hilling", "Almost Over You", "Basically", and "Can't live without you." Karylle was a co-host and performer in GMA-7’s. She dated her co-star Dingdong Dantes in 2005 but the relationship ended controversially after Dantes allegedly cheated on her with his co-star Marian Rivera. Karylle is currently married to Yael Yuzon.

Karylle got married to him on March 21, 2014, in an afternoon ceremony, which was attended by their family member and friends.