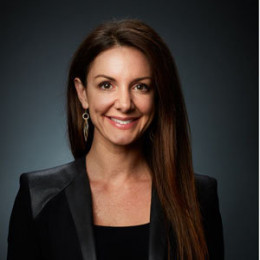 An American businesswoman, Kat Cole currently is the Group President of Focus Brands and Chief Operations Officer of its subsidiary Cinnabon. Daughter of a divorced mother, young Kat started working at the tender age of sixteen, to support her mother with finance in order to raise her two siblings. Among a number of other awards and accolades, Cole was also recognized by Fortune Magazine in 2013 for its 40 under 40 list.

Kat Cole was born on 18th March 1978 in Jacksonville, Florida. She was raised in Orange Park, Florida. She has two younger siblings, both sisters. Her mother divorced her father when Cole was nine years old and raised the three girls as a single mother. Her mother struggled to feed Cole and her sisters on 10 dollars a week.

Cole had dropped out of her undergraduate engineering program at the University of North Florida. She received her MBA in 2010 from Georgia State University.

Cole began working to help pay some of the family expenses following her mother's divorce. She worked at The Body Shop before starting her career at Hooters as a hostess. She became a vice president at age 26.

In November 2010, Cole was hired by Cinnabon Inc. and was named the president in January 2011. She worked anonymously in several of Cinnabon retail and production roles during her appearance on the American television show Undercover Boss.

The show aired in 2012 when she was 34 years old and she became the youngest CEO to appear on Undercover Boss. In the winter of 2015, Cole moved to become group president of Focus Brands, the company that owns Cinnabon as well as Moe's and Auntie Ann's.

Cole became engaged to Daley Ervin in 2015. The couple took their wedding vows in 2016 at Burning Man. The pair first met when they were independently invited to attend a social impact event in Baltimore as a part of the Breakout movement and community. Daley said:

"From minute one it was like talking to someone you’ve known for decades – that sense of familiarity was uncanny. We ended up spending the next full week together basically and at the end of week one, I told her I didn’t want to be with anyone else ever again."

Daley continued, he was prepared for her to freak out but she looked at him and said: "I don’t want to be with anyone else either". They proposed to each other a week later. Daley said this was the first of many times they would open up their hearts and minds to each other on the topic of such a deep commitment.

The couple does not share any children yet. Meanwhile, they split their time between New York and Atlanta.

As of 2018, Kat Cole's net worth is estimated to be $100 million. Her source of income includes her salary and earnings from her career as a businesswoman and humanitarian.