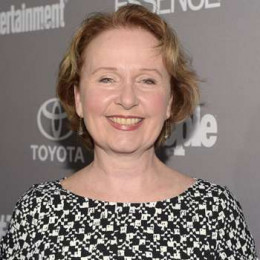 Katherine Burton better known as "Kate Burton", is an actress, noted for her portrayal as Ellis Grey on Grey's Anatomy and as Vice President Sally Langston on Scandal. Till now she has been nominated for three Primetime Emmy Awards and three Tony Awards. She graduated with a bachelor's degree in Russian Studies and European History from Brown University in 1979. She was born to actor, Richard Burton and producer, Sybil Burton.

Moving on to her personal life, she is a happily married woman. She has been enjoying her marital relationship since 1984 and still the couple have got the same bonding that they used to have at the time when they first met each other. They first met in 1982 at the Square Theatre in New York City, while her husband was playing the character Daphne. They are blessed with two children, a son and a daughter.

He is the one and only beloved husband of Burton, who is a film director and Artistic Director of the Center Theatre Group in Los Angeles.

He is the first child and only son born to Burton, who by profession is an actor.

She is the youngest member and only daughter born to Burton. She is an actress of movies The Open Doors, The Portrait and Happy Toys.