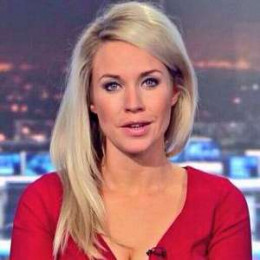 Kate Riley is a sports anchor and television presenter. She is the daughter of Brian Riley. Kate graduated from Cardiff University with a Masters degree in Broadcast Journalism. She started her television career at BBC Look East, a regional television station based in Norwich, UK, becoming the station's youngest sports anchor. She has interviewed many notable athletes like Tottenham soccer star Harry Kane and two-time World Cup champion Julie Foudy.

Kate Riley likes to stay away from the limelight when it comes to her personal life. Her relationship status is not yet confirmed on whether the anchor is involved romantically with anyone. There isn’t any controversy or even rumours that surround her so far. Very few details are made open regarding her personal life except the information regarding her anchoring career.