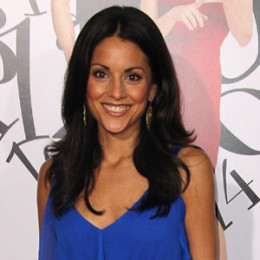 Kate Simses is an actress and producer, popular for her work including What's Your Number? (2011), That Awkward Moment (2014) and Confessions of a Shopaholic (2009). She is well known for starring in the ABC sitcom Dr. Ken as Dr. Julie Mintz. In 2014, she appeared as a series regular on the ABC-TV series 'Mixology.'

She appeared alongside Anna Faris and Chris Evans in the 2011 film 'What's Your Number?'. Kate provided the voice of Jenny in the 2010 video game 'Red Dead Redemption.'

As a young actress, she appeared in series like Law & Order and 30 Rock. In 2006 Kate made her screen debut in the independent feature movie Puccini for Beginners. She also starred and produced the web series Sylvia Path: Girl Detective in 2013. Simses also became a regular on the TV series Mixology.

One of her major roles was in the show Dr. Ken where she played the character of Julie which quickly became the fans favorite.

Kate also appeared on That Awkward Moment (2014) and Confessions of a Shopaholic (2009).

Kate seems more occupied by her career, and she may be possibly single. So far there are no rumors about her affairs with anyone.However, she was once linked with David Clayton, co-star in the series Mixology, but the romance was only limited to on-screen.

Kate has worked in hit TV series as well as movies through which she must have earned a good amount. But her actual earning has not been revealed to the public yet.