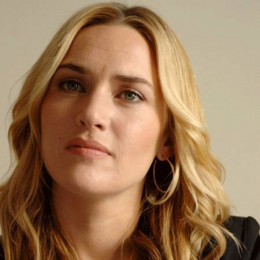 Kate Elizabeth Winslet is an actress, singer. She is known best for her acting in the movie Titanic. She has won a Grammy Award, an Academy Award, three Golden Globe Awards and an Emmy Award. For her services to acting, she was awarded the CBE by Queen Elizabeth II, on November 22, 2012. She received 1999s Film Actress of the Year award presented by Variety Club of Great Britain.

Kate Winslet is a married woman. Firstly, she tied the knot to Jim Threapleton in 1998 in a private ceremony. The couple shares a child, Mia Honey Threapleton born on 12th October 2000. But the relationship did not last long and divorced in 2001.

Two years after the divorce, Winslet exchanged the vows with Sam Mendes, a film director. They are the parents of the child Joe Alfie Winslet Mendes who was born in 2003. The same thing happened and they got separated in 2011.

A year later, the star married for the third time with Ned Rocknroll. They welcomed a baby boy named, Bear Blaze Winslet who was born in 2013.

Kate Winslet has the net worth of $45 million. She makes the amount from her career as an actress.

Kate Winslet was born on 5th October 1975 in the United Kingdom. She is the daughter of Roger John Winslet, a swimming pool contractor and Sally Anne, a barmaid. She studied at the acting school Redroofs in Maidenhead, England, UK.

He is a film director, who has worked as an assistant director on many films, including Hideous Kinky. The couple together has a raised a daughter.

He is a stage and film director, best known for directing the comedy-drama film American Beauty. The couple together has raised a son.

He is the current husband of Kate with whom she has given birth to a son. The couple started dating in the fall of 2011.

She is the first child of kate who was born healthy. She was born when her mother was 25 years old.

She gave birth to her second child at the age of 28. He was born safe and sound.

He was born safe and sound. He was born when his mother was 38 years old.