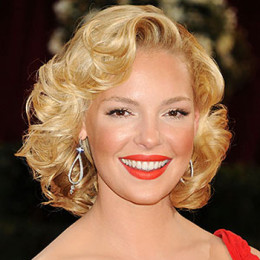 Katherine Marie Heigl is an actress, former fashion model and film producer. She is noted for her portrayal as Izzie Stevens on ABC's medical drama Grey's Anatomy, for which she won the Primetime Emmy Award in 2007. She began her career as a child model with Wilhelmina Models and later made her debut in the film That Night in 1992. She is the daughter of Nancy, a personnel manager and Paul Heigl, a financial executive and accountant.

Accounting her personal life, she is a happily married woman. Since 2006, she has been enjoying her marital relationship with her long time dated boyfriend turned husband, who by profession is a singer. As they are happy with each other's presence so there is no reason for them to get a divorce. The two have adopted two daughters but does not have any children of their own. Before marrying her husband she dated two men in her past days.

He is the first husband of Heigl, who by profession is a singer. They are living together as husband and wife since 2007.

She is the first daughter of Heigl, whom she adopted from South Korea.

She is the second daughter of Heigl, whom she adopted from USA.