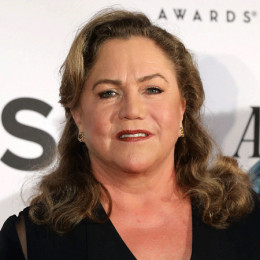 An American famous film and stage actress and director Kathleen Turner who is best known for her roles in movies like Body Heat in 1981 and Romancing the Stone in 1984. She is daughter to Patsy Turner and Allen Richard Turner. She was raised in China. In 1972 she graduated from American School in London. In 1977 she debuted in acting career through NBC daytime soap The Doctors. She has also starred in popular movies like The Accidental Tourist, The War of the Roses, Serial Mom for which she was nominated for the Academy Award for Best Actress. During her acting career she has earned two Golden Globe Award for Best Actress.

Talking about her personal life, she was married to her boyfriend; the real estate entrepreneur Jay Weiss and they used to live in New York. She has a beautiful daughter with him named Rachel Ann Weiss.

Everything was going well until she announced that she and her husband were planning for a trial separation, which was later carried forward to divorce in 2007. According to her, they are still good friends.

She was admitted to hospital in November 2002 for the treatment of alcoholism.

Mary Kathleen Turner was born on 19 June 1954 in Springfield, Missouri.

She won two Golden Globe Awards and received a nomination for an Academy Award.

She is best known for her role in Peggy Sue Got Married, Serial Mom, The War of the Roses.

Professionally, he is a real estate entrepreneur. Together they were parents of one daughter. Reason behind their divorce is still a mystery.

She is the only daughter of her. She resembles more like her mother.