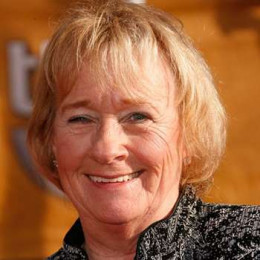 She was a television actress best known for her portrayal as Karen McCluskey in Desperate Housewives, for which she received 2 Emmy Awards and for her role as Dolores Landingham in The West Wing. She first worked as a psychiatric nurse at Michael Reese Hospital in Chicago and later at the age of 42 she started her acting career. She was born to Dutch-German parents and her birth name was Kathryn Rausch.

She was a married woman but her marital relation didn't work so well and was later divorced. She was married to a psychiatrist and with him she had raised two sons. Detailed information about her marriage and divorce has not been disclosed to the media yet. Both her sons are married and each is blessed with a son each as well. She sadly died of lung cancer on June 2, 2012, after an 11 year battle with the disease.

He is the first and only husband of Kathryn, who by profession is a psychiatrist. It is unknown when the two got married but they divorced in 1980.

He is one of Kathryn's son, who now is married to Jeremy and the couple have a son named Jon Henry.

He is one of Kathryn's sons whose personal details have not been disclosed to the media yet. His wife's name is Karissa and their son is Evan James.