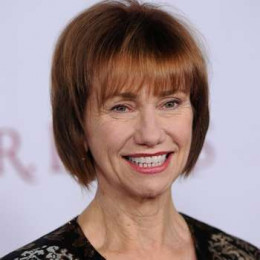 Katherine Whitton Baker aka "Kathy Baker" is an American stage, film and television actress, known for her role as Dr. Jill Brock in the CBS drama series, Picket Fences, for which she received three Primetime Emmy Award, Golden Globe and Screen Actors Guild Awards. She made her screen debut in the 1983 drama film, The Right Stuff. She is the proud daughter of John Seawand Baker and Helene Andree Baker.

Accounting her personal life, till now she has been married two times. She was married to her first husband who by profession is a stuntman, for almost 15 years. As the two stayed as husband and wife for a long time, they have raised a son and daughter from their marriage. After getting divorce from her first husband, she has been enjoying her second marriage since 2003. Currently, she resides in Southern California.

American stuntman Camilleri is the first husband of the gorgeous Baker. The two were married for almost 15 years.

An American director/producer, Robman is the second and current husband of Baker. They have been enjoying their marital relation since 2003.

He is the only son born to Baker, who today is known as the actor of the movie Agora.

She is the only daughter of Baker, who by profession is an actress.