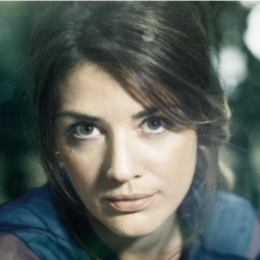 Katia Ancelotti is a graduate communication who had been associated with Chelsea TV, Other than that, she was a competitor of the singing contest, Amici. People have recognized her for being the only daughter of Carlo Ancelotti.

Katia Ancelotti is a married woman. The celebrity kid eventually fell in love with Beniamino Fulco after seeing him for the first time in the disco at Parma. So, after knowing each other well, the pair decided to take it to the next level on June 5, 2014. 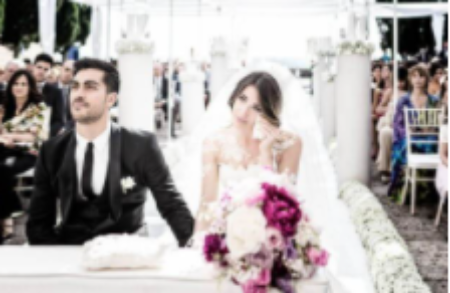 The wedding took place in the wonderful Benedictine church of Sant'Angelo in Formis Abbey, in the Province of Caserta. Around 230 guests, including the pair's friends and family, attended the wedding. Amidst the wedding, Katia's dress and hairstyle of simple elegance won the attention of many guests.

At the wedding reception, bride and gown chose the elite Tenuta San Domenico to immerse in the lush vegetation of the Campania Felix, a beautiful eighteen-century villa that was transformed into an elegant relais.

According to Katia Ancelotti's Instagram bio, she is a proud mother to three kids. She welcomed her first child Alessandro Fulco with her spouse in 2016. While the second child, daughter Andrea arrived in 2019.

The couple's third child's identity is not revealed to the media yet. The family lives a happy life in each other's company.

Mr. Beniamo Fulco is widely popular as the husband of Katia Ancelotti's better half rather than his profession as a nutrition expert at the renowned football club Real Madrid, Bayern Munich and Napoli.

Fulco serves as a sports performance manager with his father-in-law, Carlo Ancelotti, in Everton.

Katia Ancelotti's parents were married for twenty-five years. They tied a knot in 1983 in a lavish ceremony when the latter was a Roma player. Luisa and Carlo had known each other since they were children.

However, they decided to go separate ways in 2008, citing personal issues. Amidst their two decades of relationship, the pair became parents to Davide Ancelotti and Katya Ancelotti. Luisa emotionally supported and stood by his side in highs and lows, ups and downs.

Katia Ancelotti's mother Luisa Ancelotti died at age 63 due to illness on May 24, 2021. She had been fighting a long-term illness, but her health deteriorated in the past few weeks.

After hearing the news, Carlo immediately jetted to Italy on Sunday night past Everton's defeat against Manchester City to close with Luisa.

Her father is a famous football manager of Real Madrid. Katia Ancelotti has not yet revealed the exact figure of her net worth but it should be at least $100,000. Currently, she is enjoying luxurious life with her husband of seven years.

Other than that, She gains popularity because of her father, Carlo Ancelotti. He possesses an estimated net worth of $50 million as of 2022.

The four-time European Cup winner received £6.5 million annually from his three-year deal at Stamford Bridge. Carlo has earned Serie A, one Coppa Italia, and two European Cup titles with AC Milan as a coach. While working at Chelsea Football Club, Carlo made around $5,000,000 to $6,500,000 annually.

Beniamino Fulco and Katya Ancelotti exchanged vows in 2014 in a lavish ceremony, They have been together for seven years.