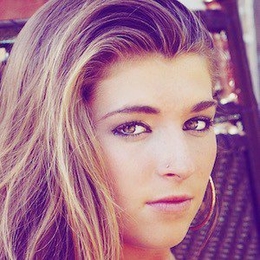 It's been six months since Katie Berzing said yes to her boyfriend turned fiance, Josh Brueckner. And, what an engagement proposal it was! But, are the fans hearing the wedding bell anytime soon?

The beauty guru and DYI queen i.e. Katie Berzing who has been saving out lives for years found someone who saved her life in 2018. And, Miss Berzing's love story is no less than a fairytale or a movie, to say the least. So, wanna know what really happened? 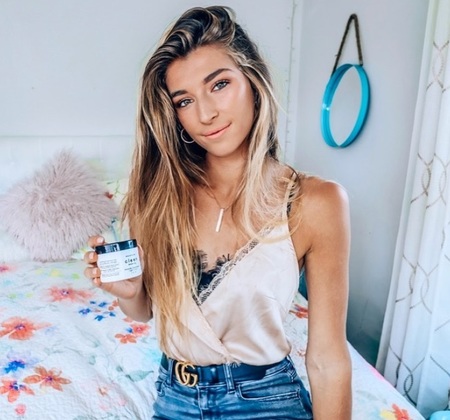 Well a couple of years back in 2018, Berzing was in a search of a personal trainer. If only Katie knew, she would also find her significant half on the journey, not just a personal trainer. So, yes, fate then brought Josh Brueckner into Katie's life.

Exactly in the beginning, Katie and the MMA fighter were nothing but just a trainer and a trainee. But, it was the training sessions that brought Katie and Josh closer. And, as one thing led another, the two caught feelings and eventually fell in love. 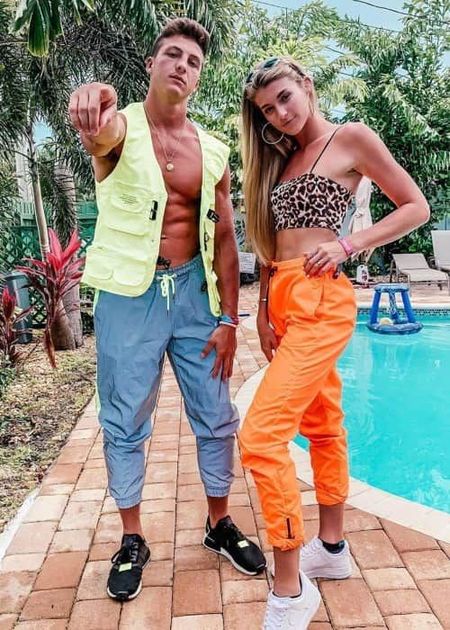 The YouTuber and her boyfriend are also not shy of sharing their endless love for each other on social media. Adorable lovey dovey pictures of these young love birds are some common sights on Karie Berzig's Instagram.

Josh Then Popped The Question

More than a year later, Katie and Josh are still going stronger than ever and still strongly in love. Josh knew and realized Katie was the one he wanted to spend the rest of his life with and he couldn't wait forever. So, he planned to finally the pop the question. 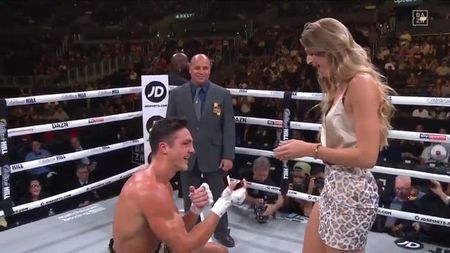 Then on 10th November at the Staples Center crowd where he defeated opponent Tyler Smith, Josh got down on his knees and asked or Katie's hand in marriage in front of the thousands of people.

"I've always told myself I would never do this after a fight. But I can’t go another day without asking you this question. I love you so much, will you marry me?" said Josh. Katie who was surprised happily accepted his proposal.

The duo is still engaged and together. Katie and Josh are, however, yet to be married. But, fans can enjoy their beautiful love story on their joint YouTube channel, Jatie Vlogs.

With over million subscribers on YouTube, Katie Berzing who has been vlogging since a young age can be considered a pro at doing social media thing. The multi-faceted woman can really do a lot of things that most of us can only struggle to achieve with. 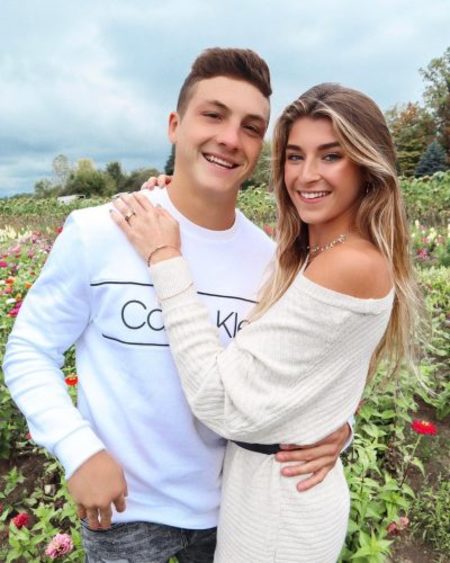 Partners in business, Katie and her fiance, Josh. SOURCE: Pinterest

Berzing can give great advices given the topic on anything, make amazing life-saving DIY videos, showcases amazing makeover tips, and what not. Besides, her YouTube channel is also a vlog that shows a bit inside her daily lifestyle.

The young bloggers who also makes other YouTubers and famous influencers feature on her YT channel has crossed millions of views altogether and can be estimated to hold a net worth of no less than $100,000.

With such a great earning from YouTube, Katie has been able to afford a house herself. Katie along with her man purchased a new house in late 2019. The whole moments of moving into their new luxurious house was recorded and shown on YouTube.

Additionally, Katie who is also businesswoman also runs her own businesses which include Jatie Beauty and J80Fit, a fitness fits selling brand she launched with Josh. Besides, Katie also sells her own merch such as scrunchies.