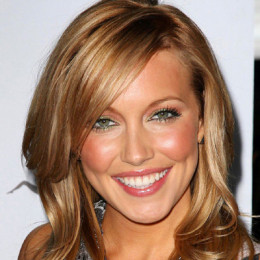 Katie Cassidy is an American actress best known for her role in The CW series Arrow as Laurel Lance. Besides, she has also appeared in several of the popular shows like Supernatural Gossip Girl, Harper's Island, etc. Her father is David Cassidy, an actor and her mother's name is Sherry Benedon. She made her debut in screen and acting appearing in an episode of Lifetime drama sereis The Division in 2003. She has been active in the industry afterwards.

She was rumored in a relationship with Dana Brunetti. It is not known whether she is single or it is for real. She has never been married.

Prior to this relationship, she has dated with several of the guys for long and short stint of time. She also has been rumored to have relationship with some and there were also rumors on her secret marriage and pregnancy. She has been called in the rumors on and often.

You’re just too good to be true. I love you my husband!!! #NextBond (Maid of honor & The Best Man of the year!) #BBTO @wilcox_little @johnmarkrodg

She started dating Matthew Rodgers in 2016. The two announced their engagement on 5 June 2017 and married on 8 December 2018.

Cassidy has an estimated net worth of about $3 million as of 2019.

She rose to prominence after playing the role of Scream Queen in the horror movie When a Stranger Calls in 2006.