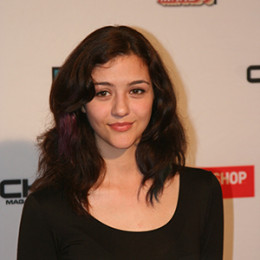 Katie Findlay, born in Ontario, is a Canadian actress of Chinese,Portuguese, English, and Scottish origin. She went to Eric Hamber Secondary in Vancouver for her high school studies. Katie was a ballet dancer till the age of 12. Katie is known for her role as Rebecca Sutter in the ABC series How to Get Away with Murder. Her professional work in the television started from the 2011 show Tangled.

Katie Findley later got involved in more television series including Fringe, Psych, The Killing, Stargate Universe, Continuum, The Carrie Diaries, and The Magicians. She got into films starting from the short film An Instrument of Justice. Katie later worked in the films including After the Dark, The Dark Stranger, Premature, and Jem and The Holograms. She has been reported to have been in a relationship with Brendan Dooling.