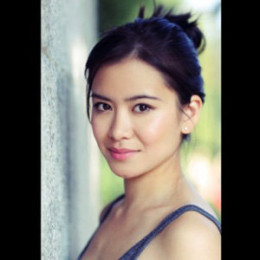 A Scottish television and stage actress, Katie Leung is currently single. She was born to father, a businessman Peter Leung and Kar Wai Li Leung. Katie Leung attended secondary school at Hamilton College. Katie Leung is best known for playing Cho Chang, first love interest for lead character Harry Potter. Leung has an interest in painting and photography and studied art and design at the University of the Arts, London.

Katie Leung waited four hours in line for a five-minute audition for the role of Cho Chang. After appearing in Harry Potter and the Deathly Hallows-Part 2, she played roles in Wild Swans and Run. Katie Leung has a brother named Jonathan and a sister named Violet. She dated to singer Leo on 4 February 2008 but they separated later. Her current relationship status is single.