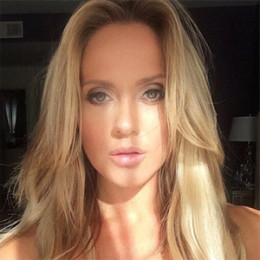 Facts of Katie May

Relationship short Statistics of Katie May

Katie May is American model and businesswoman who was popularly known as The Queen of Snapchat. May was a social media star who died at the age of 34 of a stroke.

Early Life and Education of Katie May

Katie May was born Katie Beth May on 16th March 1981 in Pittsburgh, Pennsylvania under the birth sign Pisces. May was American as per the nationality, and as far as her ethnicity is concerned, she was White. Her parents, Janet May and Joseph May raised her along with her two sisters and a brother named, Jenny McKerrow, Megan Mitchell, Stephen May.

May studied at Thomas Jefferson High School in Jefferson Hills where she was a cheerleader. In 2003, she earned a bachelor of science degree in retail merchandising from Ohio University.

Katie May shifted to Los Angeles in 2003 to build her career in the related field. May worked at Dolce & Gabbana, Italian Luxury fashion house in public relations. She then worked at Gen Arts as a vice president of strategic marketing.

From 2014, May served as a model for the online magazine, Arsenic which later went viral. Later, she gained fame as The Queen of Snapchat.

May later, modeled for many famous magazines including Sports Illustrated, GQ, Playboy and JetBet among others. Also, she used to bet online and was also known as an online betting businesswoman.

Katie May was in a relationship with Alex Maimon. The couple also shares a baby together and named her as Mia Eden. The pair eventually broke up.

After the breakup, May raised her child as a single mother. She used to take her daughter as a source of inspiration. May even passed a statement related to it,

Mia Eden meant the world to her.

Katie May died at the young age of 34 after suffering from a stroke in February 2016. Before some days of her death, 29th January 2016, she tweeted various statements like:

'Pinched a nerve in the neck on a photo-shoot and got adjusted at a chiropractor. Going back to chiropractor tomorrow.'

After so many tweets May went to Cedras Siani Hospital at her family’s pressure. May was found to be suffering from a massive stroke.

However, according to a wrongful death lawsuit filed by May’s ex-boyfriend, Alex Maimon against Dr. Eric Marc Swartz, Katie May died due to aggressive neck adjustment. According to TMZ, her death cause could be a chiropractor’s adjustment.

Stephen May, her brother confirmed the news of her death and passed a statement,

‘’ It is with heavy hearts that we confirm the passing today of Katie May mother, daughter, sister, friend, businesswoman, model and social media star after suffering a catastrophic stroke caused by a blocked carotid artery on Monday.”

Katie May was a model and a businesswoman. May who modeled for the various famous magazine might have an estimated net worth more than $50 thousand. However, the exact amount is not yet made official.

As a model for Playboy, she earned an annual salary of $56k to $60k. Also, Sports Illustrated provides a salary of $85k. May had modeled for it which means she might get a salary in range to that.

May also used to own a PR firm. She used to bet online from where she might earn a reasonable amount. However, even after earning from various sources, her family members are raising fund for the support of her child.

Mia Eden is the only child born to Katie Maya and Alex Maimon. After the breaks up of her parents, she started living with her mom before her death.