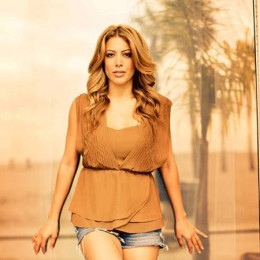 An American beautiful and hot television and radio personality who is best known for her appearance on the show named Paradise Hotel. She is also co-founder of The Procurer which is a celebrity concierge and marketing firm. She was a former correspondent of Fort Lauderdale Strikers.

Kavita Channe managed secretive personal life despite being a popular public figure. Though her name was shortly linked with American Heritage quarterback player, she has not officially confirmed it.

Currently, there is no report of her having a relationship with anyone. It seems like she has not yet found the perfect partner for her. She has not yet been a biological mother. She was ranked second among Sexiest Sports Moments of 2011.

Kavita Channe's net worth lies somewhere between $500,000-$1 million from her journalism career.

Kavita Channe was born on London, England. When she was just 5 years old she moved to South Florida with her parents and two sisters. She graduated from the University of Florida obtaining Bachelors of Science in Journalism and Telecommunications.