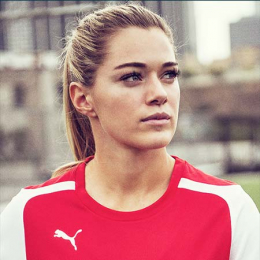 Kealia Ohai lies upon one of the famous American football players who currently plays for the American women professional soccer team Houston Dash. She is one of the players of the 2012 FIFA U-20 Women's World Cup who won the world cup in the same year against Germany. She was named as the 2010 NSCAA National High School Player of the Year and the 2016 NWSL Best XI. Kealia was also featured in the cover of the Houston Hotel Magazine of Winter magazine of 2019.

Kealia Ohai is currently engaged to the famous American soccer player Justin James Watt. The duo recently shared the engagement ring in May of 2019. 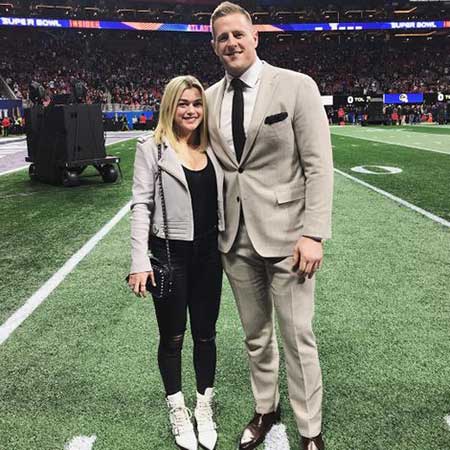 The pair started dating from 2016 when Watt was first introduced to Kealia by her brother-in-law. The couple started to meet and eventually guess what, they started dating. Further, the pair is deeply in love and is set to share the wedding vows soon.

Happy birthday Justin James! I love every minute I get to spend with you. You’re the only person that can make me laugh at 5 am while I am cleaning up piles of dog poop off our bathroom floor I am so proud of you and can’t wait to see what you accomplish this year. I love you babe @jjwatt

The duo was celebrating their quality time in the Bahamas and on the second day, Justin took her to a pier back-lit by the sunset's orange glow. Then, Watt got down to his one knee and proposed her. Moreover, Ohai explained the process saying,

"Like 20 minutes before I had an idea because there were some weird things that I was like,' What is that?"

"Watt really doesn't get nervous for anything but he was acting a little weird and I was like, I knew something was going on."

"It was just simple and he just got down on one knee and asked. It's perfect, everything he did was so perfect. He's amazing so I love it."

Later on the 26th May of 2019, Justin made official about their engagement via a Tweet with the caption, "I am the luckiest man alive. She said Yes!"

Kealia is out of any media controversies as she is focused on her career with all mind and heart. She is currently busy wondering about her coming big day which will be her wedding day. Additionally, she is an active person on social media where she often shares posts regarding her personal and professional life.

What is the Net Worth of Kealia Ohai? Know about her Salary, Earnings

Kealia used to play soccer from the time of her school. In fact, she is the reason for her school team went to the four straight soccer championships from 2006-2009. As of now, Kealia plays for the Houston Dash team since 2014. What's more interesting fact is that she was picked in the 2014 NWSL College Draft. Two years after that, she was selected as the caption of the team and she led the team with example by scoring 11 goals in ten continuous matches.

Had so much fun working with @houstonhotelmagazine and @baileyhartcreative at my favorite stadium in the world! Article is in my bio!

The 27-year -old footballer is always a part of the United States national team as she played in all youth categories like under-15, under-17, under-18, under-20, and the under-23 teams. Further, she won the 2012 FIFA U-20 Women's World Cup by scoring the winning goal in the 44th minute of the final game against Germany.

Considering her hard work and determination in football, she won numerous awards in the different phases of her career. In fact, she is a two-time Gatorade state player of the year, three-time first-team high school All-America, three-time All-Stae selection, three-time 5A soccer MVP, and the 2010 NSCAA National High School Player of the Year. In 2016 she was named as the 2016 NWSL Best XI. 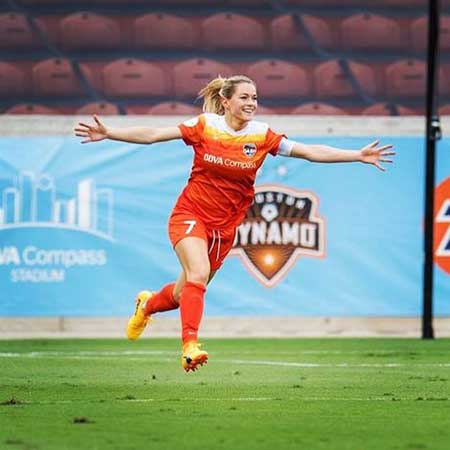 American football sensation Kealia Ohai during one of her match.

Take a look at the Interview of Kealia Ohai talking about her new season goals!