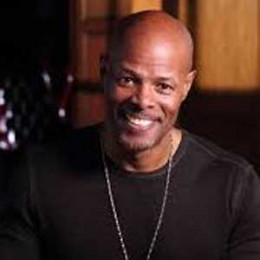 Head and founding member of Wayans comedy empire, Keenen Ivory Wayans is also known as a creator of the FOX sketch comedy 'In Living Color' in 1990. In the mid-1980s, he met Eddie Murphy, a fellow comedian, and the duo collaborated to write Eddie Murphy Raw. In 1988, he released his first film I'm Gonna Git Ya Sucka. He is a vegetarian and a supporter of the animal rights group, PETA.

Keenen Ivory Wayans was born on 8th June 1958, in Harlem, New York. He is a son of Howell Stouten Wayans, a supermarket manager, and Elvira Alethia, a homemaker and social worker. He grew up in Manhattan's Fulton housing projects. Wayans holds American nationality with African American ethnicity.

Keenen had an interest in comedy when he was in college and used to keep his friends entertained with made up stories about New York. So to pursue his career in comedy, he dropped out of college just one semester before graduation.

His first performance at The Improv, he met Robert Townsend who helped him learn about comedy. His debut on the silver screen was in 1980 with TV series named For Love and Honor.
He then went on to work with Townsend and co-starred and co-wrote the movie Hollywood Shuffle. The success led to the making of another movie called I'm Gonna Git You Sucka.

Seeing his work Wayans was offered his own show by Fox Broadcasting Company. So he and his brother Damon Sr. created, starred and wrote a show called In Living Color which ran on Fox Network from 1990 to 1994.

Some of his work as a director, writer, and producer are Most Wanted, Scary Movie, A Low Down Dirty Shame, The Keenen Ivory Wayans Show, White Chicks and much more. Wayans is currently writing and directing the film 'It Takes A Village.'

Then he dated Brittany Daniel, an actress from 'The Game and Sweet Valley High' and the Wayans' films Little Man and White Chicks for four years. He is currently single.

Wayans has an estimated net worth of  $65 million. The comic actor invested $6.5 million in Santa Monica on 16th July 2016. It is 3,093-square-foot pied-a-terre constructed in 1997 and is one of only four top-floor condos. An open floor plan includes a formal dining room, a living room with a fireplace, an eat-in kitchen, two bedrooms and 2.5 bathrooms. Wayans bought a compound in Hancock Park for $5.35 million on 11th April 2016.

The couple has a daughter named Bella Ivory Aziza Wayans born in 2001.

The couple has a daughter named Daphne Ivory Shiva Wayans was born in 2003.

Her daughter named Jolie Ivory Imani Wayans was born in 1992.

The couple has a daughter named Nala Yasmeen Ivory Wayans was born in 1996.

Their only son named Keenen Ivory Wayans Jr born in 1998.