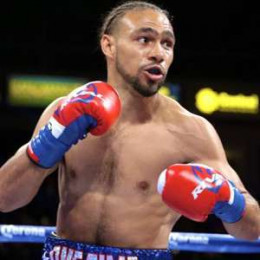 Keith Thurman, an American professional boxer was born to an African-American father and a European-American mother. He was trained by the late Benjamin Getty who started training him as a child and shaped him into a fighter and is now under the coach, Dan Bermingham. Keith started his career as a light middleweight fighter and had fought against Kensky Rodney on November 9, 2007, and achieved his first victory.